Secure your spot and get started today with our EXCLUSIVE offer!

By opting into the web form above you are providing consent for Grappling Zone to send you periodic text messages. Standard rates may apply. You can reply HELP at anytime or learn more. You may opt-out anytime by replying STOP.

This place is awesome! My kids love it. My kids build their physical strength as well as their thinking skills. Plus the environment and enthusiasm of the coaches and students makes them want to learn more.

The Grappling Zone is one of the most professional jujitsu schools I have been to. The curriculum and the way it is designed is top-notch. My kids and I love it!

This an excellent academy with Elite Professors ,who not only instruct, but also live the life. My three kids and I , all attend and have learned so much. It's our home away from home.

We love this place! The jiu jitsu is a bonus. They teach determination, respect, and hard work and they are highly involved with the community.

Grappling Zone is such a special place for all ages. I have seen both adults and children enjoy their clases and learn so much. My son enjoyed his time there and I saw a change in his behavior as far as learning discipline and respect towards others. The prices are very accessible! The most unique aspect of Grappling Zone is the genuine love that the owners have for their students and customers. They truly care about the community and making a difference especially in kids! 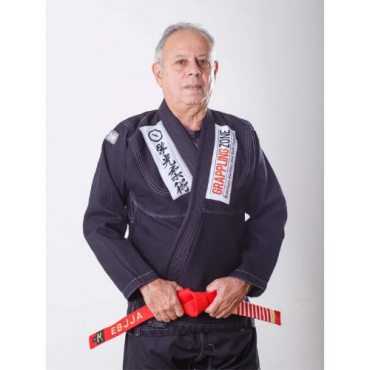 Over 55 years of experience in Brazilian Jiu-Jitsu and Judo.

He started practicing Jiu-Jitsu in 1963 in Padre Miguel, Rio de Janeiro. In 1964, he began training Judo in The Guanabarina Judo Federation under GM Ynagashima (KODOKAN OF JAPAN) where
he received his Black Belt at the age of 18. He enlisted in the Brazilian Army in 1972. He received his BJJ Black Belt in 1972 as well. He opened his first BJJ School in 1972 and started competing for the Brazilian Army Team. He left the Military in 1978.
In 1992, Master Da Silva was invited by the Grand Master Carlos Robson Gracie to work as Dstylish of the Rio de Janeiro Jiu-Jitsu Federation in the West-RJ Region.
In 1994, he was invited by Master Carlinhos Gracie Jr as a Representative at CBJJ. Today Master Edison has more than 100 personal Black Belts around the world. He credits his linage to several Masters, such as Osvaldo Alves and Helio Gracie.
In 1998, Master Edison went to Japan to operate the Gracie BJJ School of Japan. There, he worked for 10 years training some of the best athletes in Japan and Brazil. He has trained many top Prime and K1 fighters. In 1998, Master Edison founded the Japanese Brazil Jiu-JItsu Federation.