Secure your spot and get started today with our EXCLUSIVE offer!

By opting into the web form above you are providing consent for Grappling Zone to send you periodic text messages. Standard rates may apply. You can reply HELP at anytime or learn more. You may opt-out anytime by replying STOP.

This place is awesome! My kids love it. My kids build their physical strength as well as their thinking skills. Plus the environment and enthusiasm of the coaches and students makes them want to learn more.

The Grappling Zone is one of the most professional jujitsu schools I have been to. The curriculum and the way it is designed is top-notch. My kids and I love it!

This an excellent academy with Elite Professors ,who not only instruct, but also live the life. My three kids and I , all attend and have learned so much. It's our home away from home.

We love this place! The jiu jitsu is a bonus. They teach determination, respect, and hard work and they are highly involved with the community.

Grappling Zone is such a special place for all ages. I have seen both adults and children enjoy their clases and learn so much. My son enjoyed his time there and I saw a change in his behavior as far as learning discipline and respect towards others. The prices are very accessible! The most unique aspect of Grappling Zone is the genuine love that the owners have for their students and customers. They truly care about the community and making a difference especially in kids!

Request information today to learn more about our programs! Get Started Now 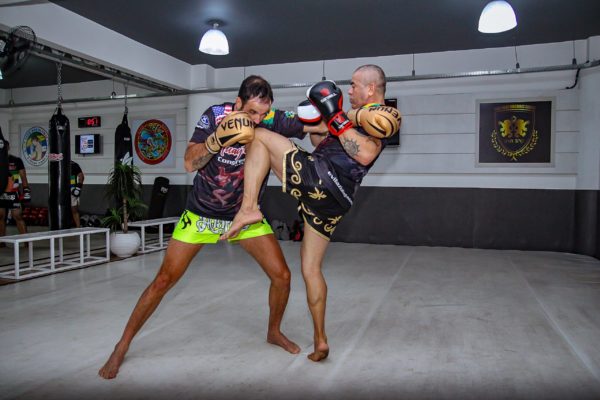 As a competitor, Evilázio maintains an enviable curriculum: Five times Brazilian champion (1983-1987) and his record has 37 fights, 35 of which are victories . In 1987 Evilazio returns to Ceará where he establishes the contact fight in the state (Muay Thai, Kick Boxing, Vale Tudo).

Currently, Grand Master Evilazio Feitoza is considered one of the most important names in Brazil and in the world when it comes to Muay Thai, Kickboxing and MMA, and is also one of the biggest names of ISKA (International Sport Kickboxing Association) .

In his work as a coach, he has already revealed to the world several high-performance athletes, among them Thiago “Pitbull” Alves, (currently a UFC fighter), Paulo Guerreiro, Andrezinho Nogueira, Junior Killer and Antonio Samuray besides having already worked with names of the ported by Jorge Patino “Macaco”, James Adler, Ricardo Freire, Gabriel Napão and Assuério Silva, among others.

With this vast experience in the martial arts, the Grand Master accepted another challenge: he moved to the USA where he resides in New York (precisely in Long Island, Suffolk County). In addition to teaching private lessons, he also teaches at the academy of renowned athlete Matt Serra, a former UFC fighter and Jiu-jitsu black belt, Renzo Gracie.

Evilázio Feitoza is Grand Master of Muay Thai, the maximum graduation of the modality. And to achieve this feat, it took more than 44 years of non-stop practice, with the aim of also contributing to the development of sport in Brazil. Evilázio travels the world to publicize the sport and when he is in the gym, in any country or city he visits, he makes a point of guiding each practitioner, be it professional or beginner. He also acts as a consultant, speaker, trainer and sports promoter in other countries in South America and across Europe.

At 58 years of age, the Grand Master is considered the precursor of martial arts in Ceará, is a world reference and holds one of the highest degrees of the sport, boasting the 15th Khan (Grand Master) of muay thai, black belt 8th Dan of kickboxing , 5th Dan in full contact and, as a competitor, he was five times Brazilian kickboxing champion (1983 to 1987). Evilázio says that his mission is to reveal new talents for the sport he loves so much, also present in the USA, he has representatives in Brazil, distributed in the states of Ceará (in Fortaleza and in the Cariri region), Paraíba and São Paulo.

Born in Sobral, 230 km from Fortaleza, Evilazio Feitoza started training Karate Shotokan at the age of 7 and at the age of 14 he moved to the city of São Paulo, where he started his practice of Kung-Do-Te, Full Contact with the Portuguese master living in Brazil, Adriano Silva, and also perfected his techniques with the world boxing champion, Miguel de Oliveira and Jiu Jitsu with the renowned black belt, Marcelo Behring. When Evilázio returns to the city of Fortaleza after years of battles in São Paulo, he effectively begins to build his legacy, working in large academies, clubs and colleges in Fortaleza – until in 1998 the Fighter Sport Academy opens in Fortaleza. this being a reference gym in the fitness and fights segment – revealing for 17 years great athletes and teachers who today continue their work worldwide.

It is noteworthy that in the last event mentioned we have athletes today renowned as: Wanderley Silva, José Pelé Landi, Rafael Cordeiro